Well it’s been a week of launches. I had a book launched on Thursday: a few days earlier, my team and I launched The Old Friary, this third reboot of stephenfry.com or stephenfry.uk as we now like to call ourselves.

Audiences often don’t believe me when I tell them that as I stand in the wings of the theatre or civic hall where a book publicity “event” takes place I have in my head absolutely no idea what I am going to say. It is a very bewildering and alarming feeling. A kind of secular equivalent of an Elmer Gantry awaiting for the spirit to descend. So far, in Manchester, Bristol and Sheffield the words seems to have come unbidden to my lips mysteriously but adequately enough. Tonight I hope that I will manage to appear on stage at the Festival Theatre, Edinburgh and not open and close my mouth like a guppy fish, hurl a projectile arc of vomit at the front row, lay a small turd on the boards and then run screaming through the wings never to be heard from again. But you can’t guarantee it, that’s the problem. No matter how many times I might have been said to have got away with a one and half hour talk to an audience in the past, I can never be sure that this time it will work. You see, I don’t really know what part of myself I access when I talk publicly at all. It can’t be the same part I access when I pop into a newsagent’s and ask for a packet of crisps, can it? Or the same part I access when I (on a so embarrassingly and unfilially infrequent a basis) call my parents for a chat?

No, I suppose it must all be controlled by some machine or organ in another room in my eccentric human house. A not dissimilar one to those used by stand-up comics, evangelists, politicians and salesmen. I have never trained and — as I continue to assure you — I have never taken an ability to speak to thousands of strangers for granted. All I can say is, if an occasion arises which necessitates you having to speak, whether for business, or a wedding or funeral, whatever you do do not consult a life or speaking coach. The worst and most embarrassing talks I have ever heard have come from pupils of those purporting to be able to pass on the “secrets” of public speaking. 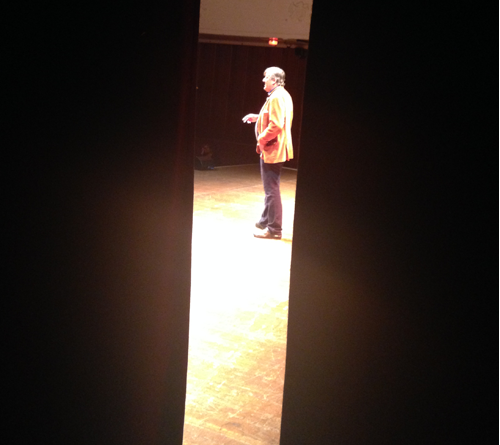 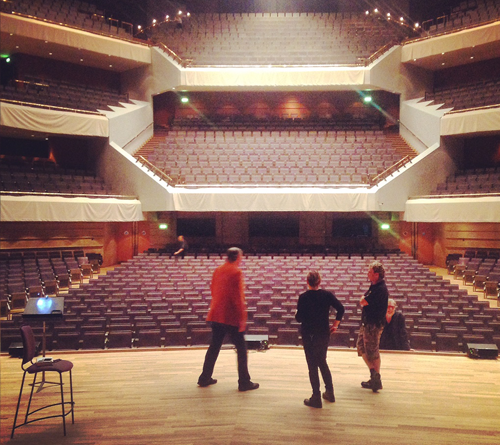 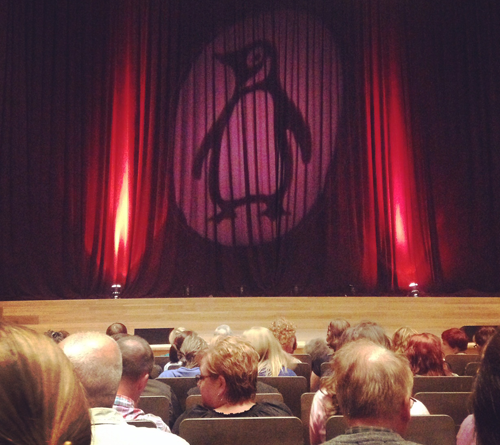 This week I shall make my penultimate address (saving Norfolk for last naturally) in London’s Royal Festival Hall, which is no bigger or more important than the Colston Hall in Bristol, or Manchester’s Free Trade Hall but offers one difference: it is an event that will be live-streamed to 300 UK cinemas and 50 more in Australia, a dozen or so in New Zealand and another lord knows how many around the rest of the world (excluding the United States, which is a separate territory for publishing, don’t ask me why). This will be the evening where puking and pooping on entrance really would be a disaster.

I’ll let you know know how it all goes if you don’t have a ticket for your local cinema, this site has all the details, he oozed sluttishly). But in the meantime I must get on with writing an address I have to give soon in Denver, Colorado for the Matthew Shepard Foundation – this is the kind of honour and privilege that demands that the part of me that is capable of speaking does not seal up or fail. Not being sure is part of life’s adventure I suppose and I am always prepared for the day when the throat croaks, the palms sweat, the air hisses from the lungs and nothing comes out. But please please let it not be on October 11th at the Seawell Grand Ballroom, Denver, Colorado…